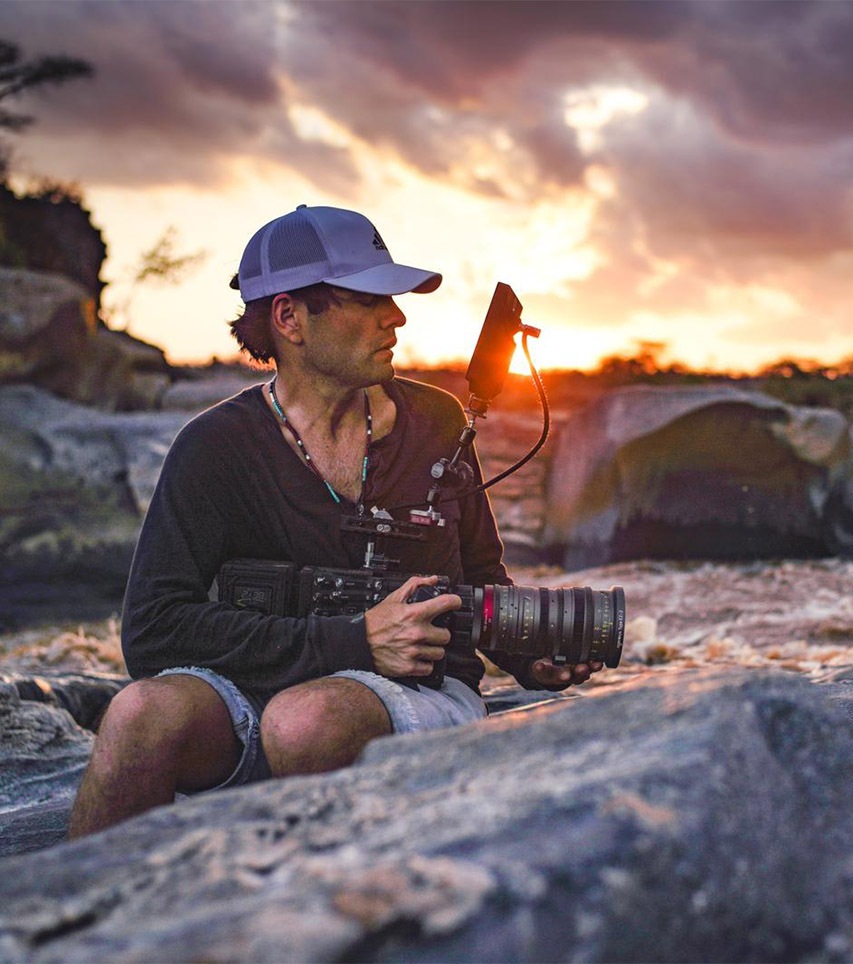 Andrew has spent the last decade working as a humanitarian & filmmaker in sub-Saharan Africa. Most recently, he was the producer (p.g.a.), editor & the second shooter of KIFARU (Audience Award at Full Frame, Grand Jury Winner at Slamdance). As the producer of KIFARU, Andrew secured exclusive access to Sudan’s story with Ol Pejeta Conservancy; allowing the crew to capture the story of extinction in real-time for the first time in history. As the editor for KIFARU, he was nominated by Jackson Wild for Best Editing. Prior to that, Andrew spent three years building relationships within northern Kenya’s poaching network, unveiling the intricacies of the illegal ivory trade as the producer of WHEN LAMBS BECOME LIONS (Tribeca Film Festival award winner and IDA Nominee); a recipient of Sundance’s Documentary Production Grant in 2017.

Andrew is a proud descendant of Chief Tarhe (Huron-Wendat Nation). He is also a programmer for feature documentaries at Slamdance Film Festival since 2021.