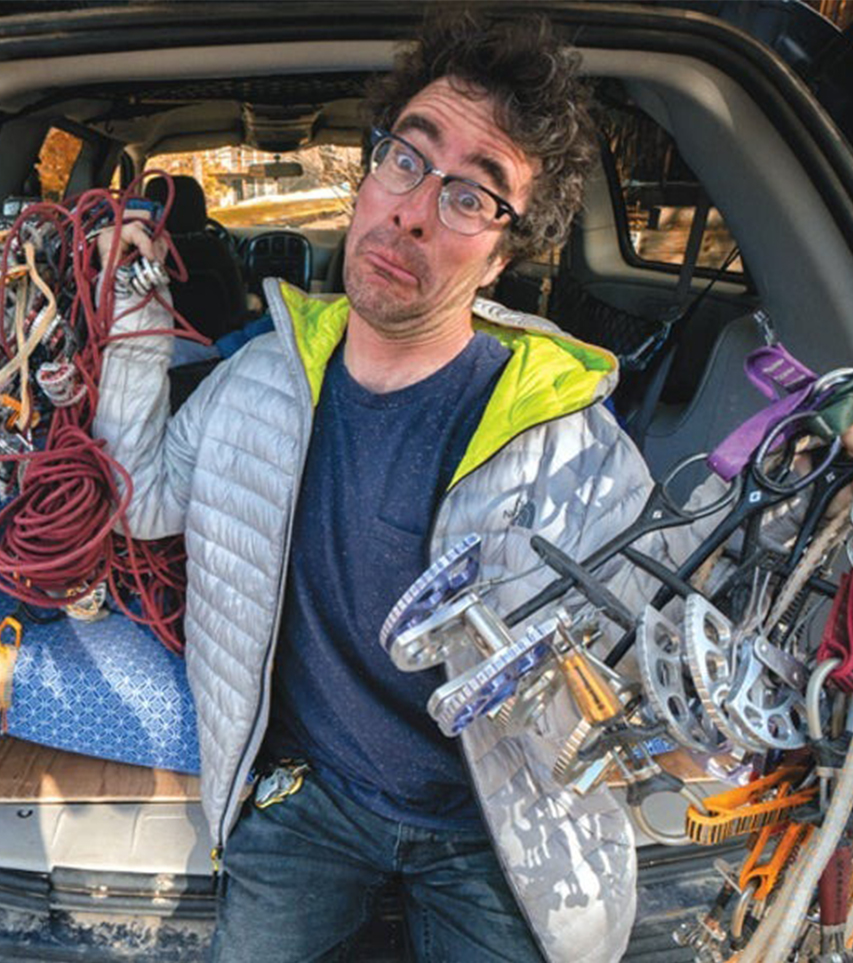 Cedar Wright is a leading professional climber and storyteller. He has free climbed El Capitan in a day, established traditional 5.13 first ascents in Yosemite and Indian Creek, and pioneered difficult new Alpine Rock Routes in places like Pakistan, the Bugaboos, and Alaska.

Since discovering his passion while studying English in Northern California, Cedar has been pursuing his climbing dreams full time, reaching breathtaking heights and accomplishing a variety of hard-fought objectives. Cedar is a National Geographic Explorer, a Contributing Editor at Climbing Magazine, and has won numerous awards for his films, including the popular Sufferfest franchise, which he also stars in.

Cedar currently resides in Boulder, Colorado where he continues to push himself as a climber and creator.