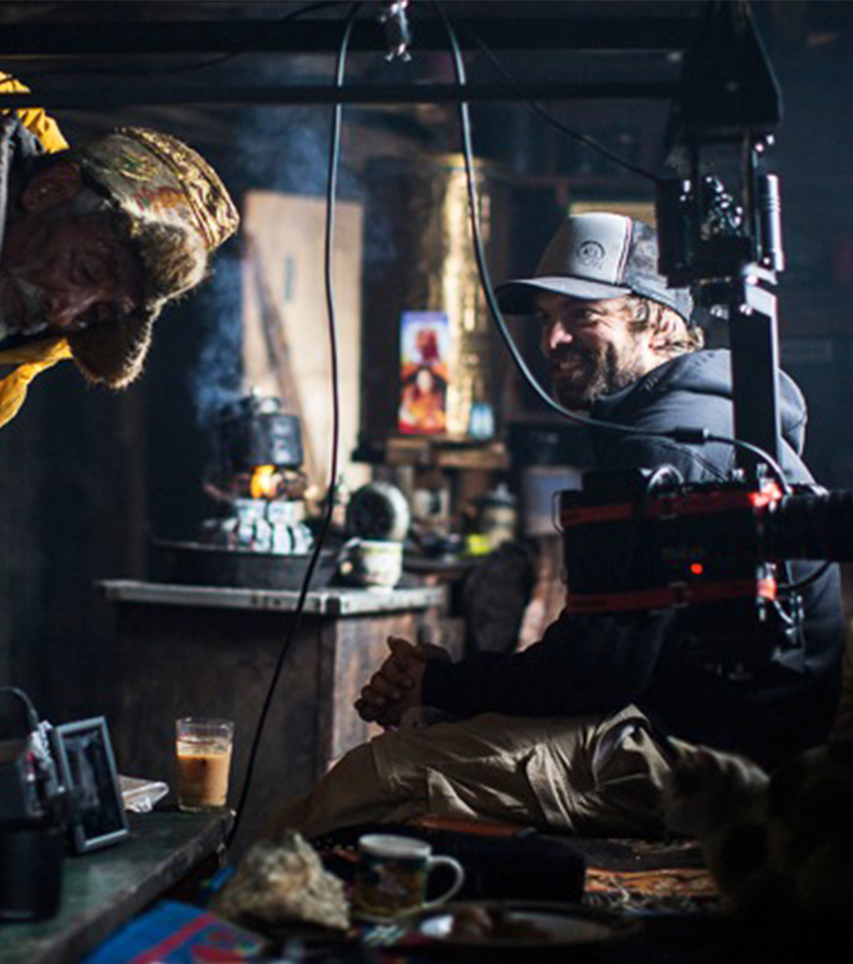 Cannes Lions award-winning director Dave Mossop has a passport filled with stamps. He co-founded the renowned boutique production company Sherpas Cinema, and Outside Magazine labelled Mossop as "The Auteur" in 2013 while honouring him as Adventurer of the Year. His profound appreciation and adoration of nature's beauty oozes from all his filmmaking work, and his love of adventuring into the wild has helped deliver striking cinematography for challenging projects such as Planet Earth 2, as well as for clients such as National Geographic, The North Face, Audi, Google, Ram, Thule, Subaru and more. Mossop's parents were both professional musicians, and he gained "a unique understanding of the cinematic language" from film professor Brian Hendricks at the University of Victoria. And now having compiled hundreds of hours of helicopter cinematography experience he is considered one of the leading aerial directors in the industry. Mossop has directed all FlyOver films since their inception in 2012, and currently resides in Whistler, BC.