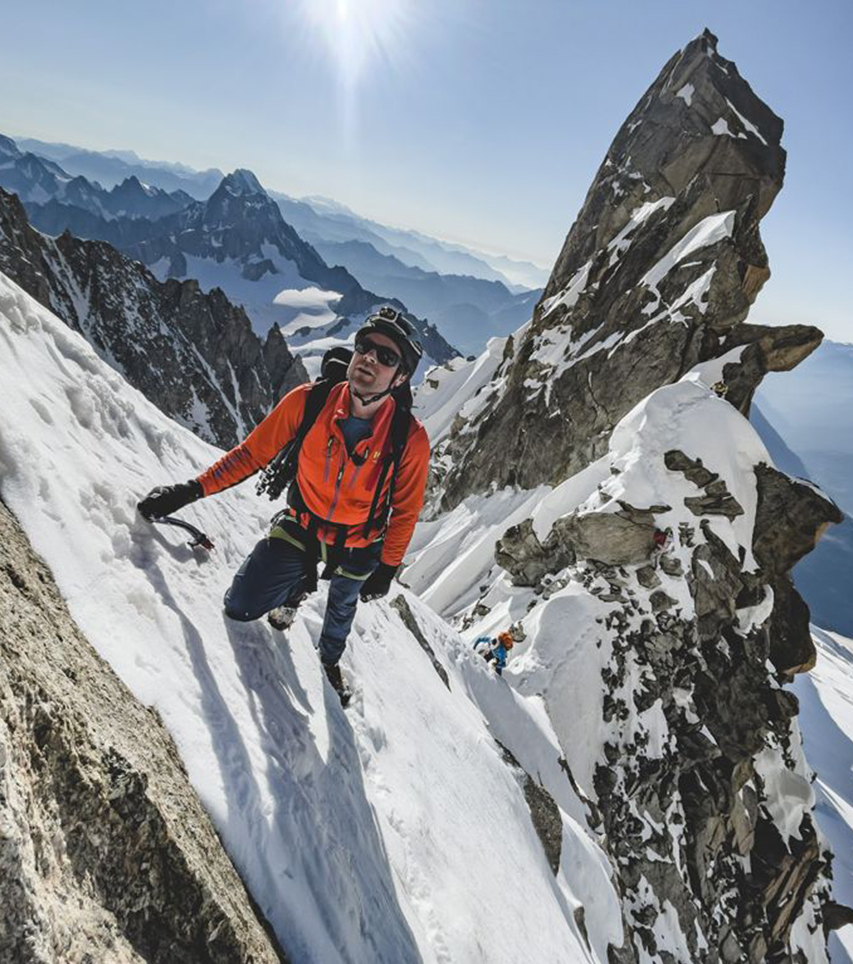 Based in Chamonix, France, Jonathan has climbed the world over and established himself as one of the world’s leading mountain sports photographers.

A highly accomplished Alpinist himself, Jonathan continues to push himself to shoot what has never been shot before. This approach has taken his climbing to a level that sees him regularly tie in with climbers such as Ueli Steck and embarking on cutting edge ascents to visually document expeditions in the Alps, Patagonia, Alaska and the Himalayas. It’s a method that puts authentic climbing at it’s heart — an increasingly rare but refreshing approach to adventure photography in a climate where style is valued more than substance.

Jon is also available for tailored talks where he takes the listeners through the often epic and hilarious world of alpinism, showing film and photos that few have ever been able to take. From first ascents in the Himalayas, to the finding used toilet paper in his water bottle, and battling through storms in the Greater Ranges, Jon tries to find the humour in the sport coupled with jaw dropping imagery and footage of people pushing themselves to their absolute limit.