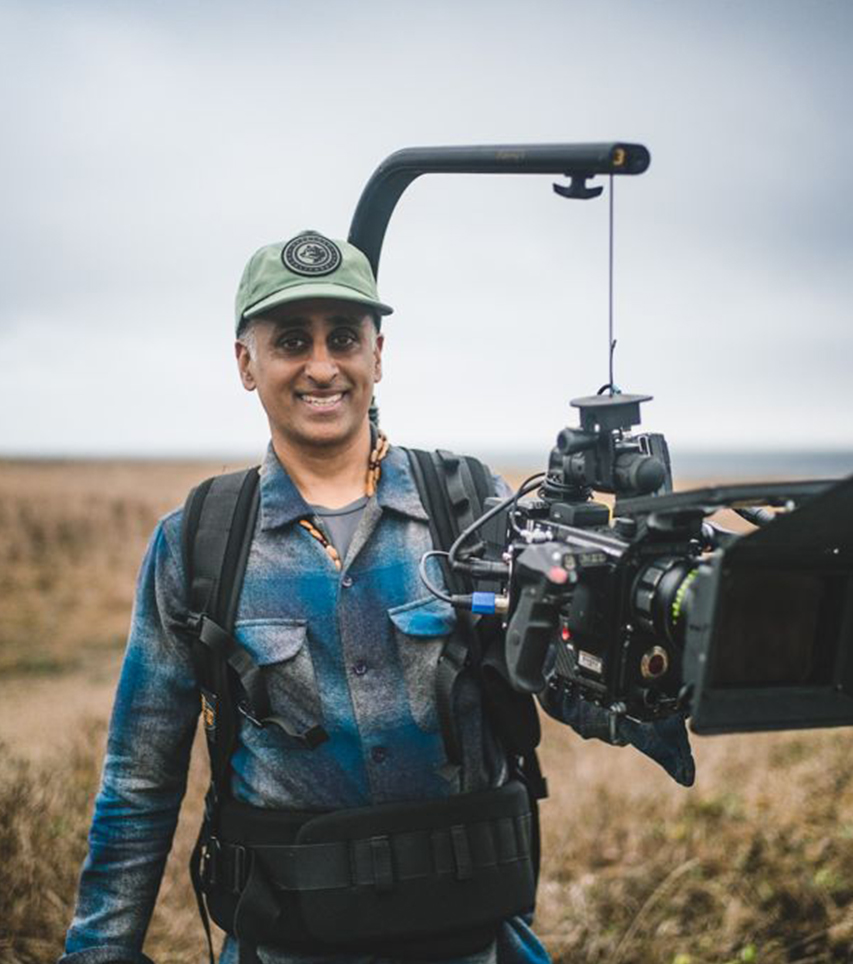 Sanjay spent 15 years working on human rights campaigns globally. He also ran initiatives for acclaimed artists and philanthropists, one of whom encouraged him to start making films. Sanjay’s first documentary, FOOD CHAINS (2014), was produced by Eva Longoria and Eric Schlosser with narration by Forest Whitaker. The film won numerous awards, was released theatrically in 40 cities by Screen Media and was acquired by Netflix.

Sanjay’s second effort took a sharp turn into non-traditional filmmaking. Applying narrative cinematic technique, Sanjay directed a sweeping ultrarunning film. 3100: RUN AND BECOME was released theatrically in the US in 2018 and is on Amazon Prime.

His third effort GATHER, a documentary on Native American food sovereignty filmed by Renan Ozturk and produced by Jason Momoa, was released on TVOD in 2020 and on Netflix in 2021 (November).

Sanjay’s work has been supported by Ford, Bertha, BritDoc, Fledgling, 11th Hour Project, NoVo, and the Omidyar Network. His work has won an assortment of honors include a James Beard Media Award.